General Strike Radio // Jonathan Kissam of UE – The Union for Everyone

Jonathan Kissam has been UE’s Communications Director and editor of the UE NEWS since August, 2017. Prior to that he was a rank-and-file member of UE Local 203 in Burlington, VT. From 2002-2004 he served on UE’s General Executive Board as the Secretary-Treasurer of what was then UE District Two. Learn more, HERE 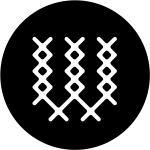